My husband and I collect stones with words on them: love, health, family, even Beshert. Until recently, one was missing. We wondered how we had thought the collection complete without it, so we added a new stone: forgive.

Forgiveness is a central theme of the Jewish High Holidays. We ask God to forgive our sins, and we forgive those who have wronged us. What I don’t see emphasized is the need to forgive ourselves. Self forgiveness — the ability to say, “Who I was before doesn’t dictate who I will be in the future” — seems to be at the core of atonement.

I often think about a sentence I heard at a Weight Watchers meeting:

I love the insight this phrase suggests. It speaks to the hopeful promise that whatever your failings, you can forgive yourself, change and move on. Forgiving yourself, however, is harder than you might think.

I can list proudly many things I have done as a parent, but I have a list of shame as well. When my children were young, I was a yeller. Every parent yells at their kids at times, but I yelled a lot. One day, when my daughter was 12, we went to the grocery store.

I gave her a list of things to get. When we met at the check-out counter, she had gotten the wrong thing and I yelled at her. A few minutes later, in the parking lot, a woman approached me and said, “You don’t know me, but I saw you yell at your daughter in the grocery store. Do you ever hear yourself?” I started crying, not from embarrassment that I had been reprimanded by a stranger, but because I knew she was right. I yelled too easily and too often.

Later that afternoon, I told my daughter how sorry I was. I promised to try to yell less in the future, but I was unsure how successful I would be. I knew how entrenched my behavior was. I waited for my daughter to respond. “It’s been a really hard year,” she said. “You’ve had breast cancer and Dad has a lung condition. I know you don’t mean to yell as much as you do. You’ve been under a lot of stress.” So here I was, the mom, being parented by my daughter. She forgave me, but I did not.

I will always remember a conversation I had with my mom when I was in my twenties. She confided that my oldest brother had wanted to go to Hebrew High School and she had discouraged it because she hoped he would go out for football. “Can you imagine?” she said. “He barely did anything requiring sneakers and I thought he would want to play football?” “He had no father. I thought he needed to be around sports. What a stupid, stupid decision.” She hadn’t forgiven herself either.

I smile when I hear young parents agonize over how long a time out should be, or when to remove a pacifier. “Relax,” I want to say. “There will be things you’ll do right and things you’ll wish you had done differently Thankfully, our kids tend to forgive us. I am not sure when we forgive ourselves.

That’s why the Weight Watcher’s mantra is so important. It is a reminder that our future doesn’t have to be dictated by our past. Whatever our regrets about this year, next year we can do better. For me, there is no message more hopeful or more appropriate for the Jewish New Year. Who knew Weight Watchers had so much to say about atonement? 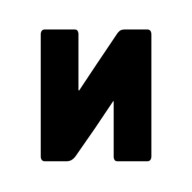